Two-way sync (or bidirectional sync) is when changes are mirrored between two systems. Traditional triggers and actions cannot accomplish two-way sync because they would result in an infinite loop.

Each action maps data fields from the other app's trigger.

Data transforms are commonly needed to translate values from one app to the other.

In cases where a list of values needs to be mapped between the apps, the Transform Text app's "lookup value in key-value table" action can be used.

In the example below, Mailchimp statuses of "subscribed" and "unsubscribed" are converted into "N" and "Y" values needed for DonorPerfect's "no email" state: 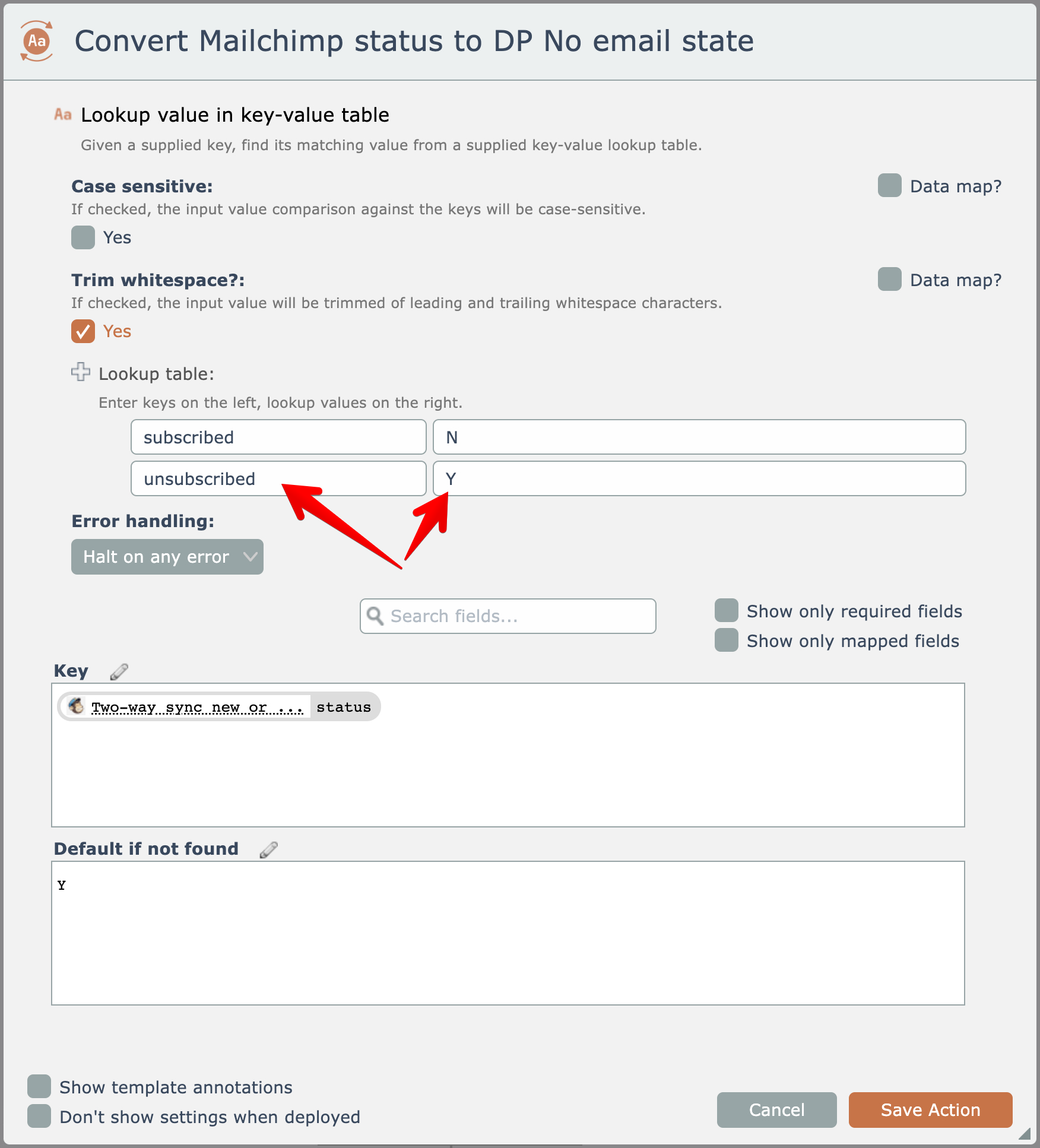 The system's two-way sync functionality does not handle the merging of conflicts if a synced record is updated at the same time in both systems. When this happens, the automation will end up only making one of the changes.

Two-way sync triggers must use the Trigger Two-Way Sync module instead of the Trigger – Emit New Items module: 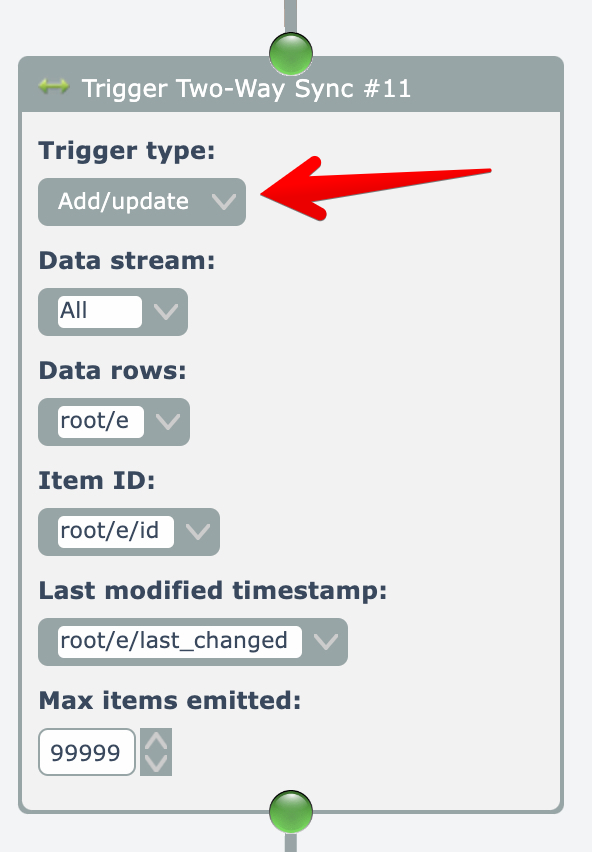 This module can be used in both polling triggers and in webhook triggers. Be sure to set the Trigger Type at the top of the module appropriately.

The Trigger Two-Way Sync module adds a node to each emitted data time named "two_way_sync_trigger_unique_row_id". This data node must be selected as the unique row identifier in the Trigger module:

The Trigger module will emit a field named "two_way_sync_identifier" that must be mapped in the automation editor to the field of the same name in the action's field mappings: 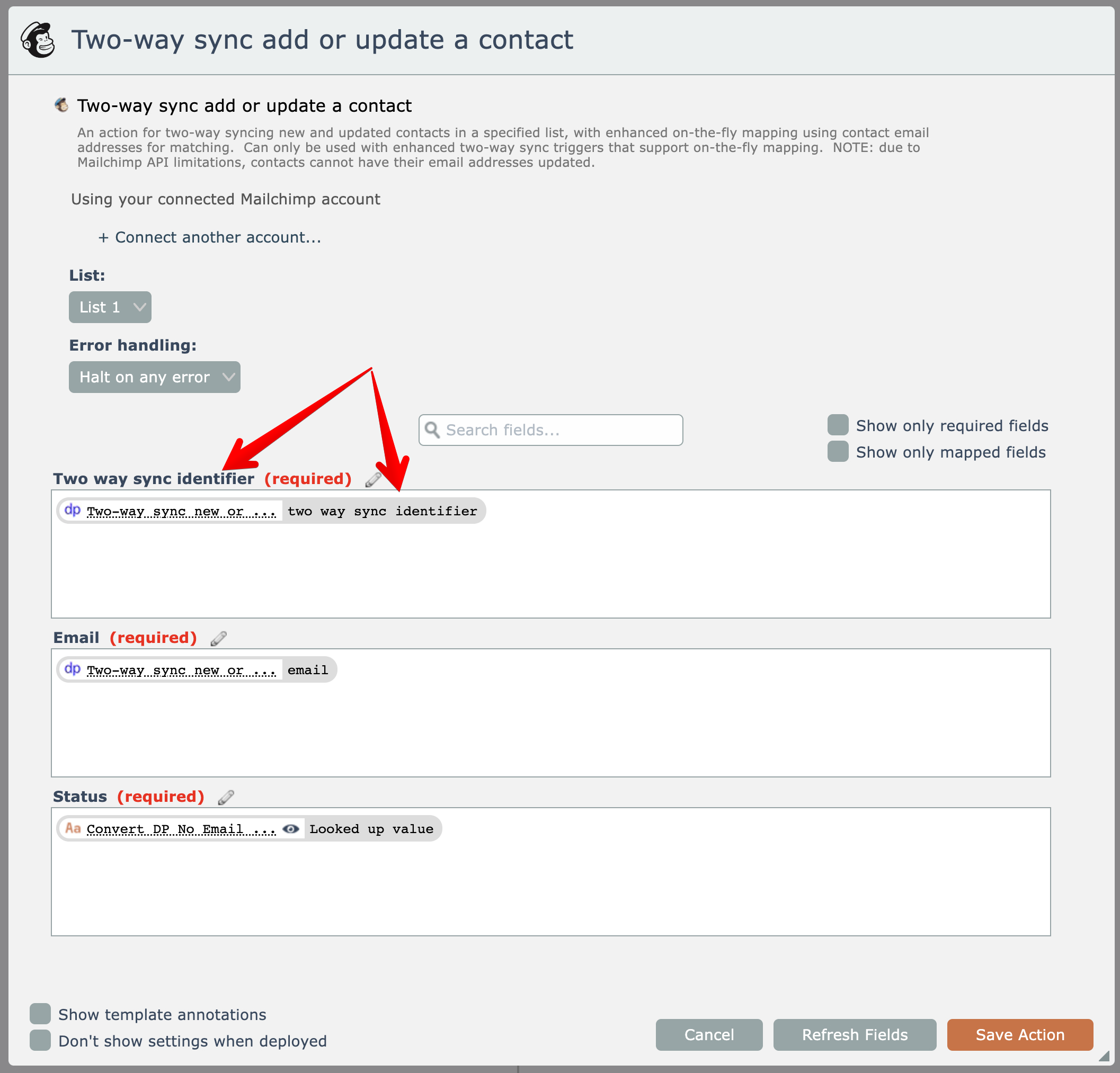 Two-way sync trigger assemblies must have a name starting with “Two-way sync”.

The system currently uses the trigger name to determine which triggers are two-way sync.

Two-way sync actions must define a field named "Two way sync identifier" as their first static data field. The field must be required. It is best to copy its help text from another two-way sync action assembly in the system. 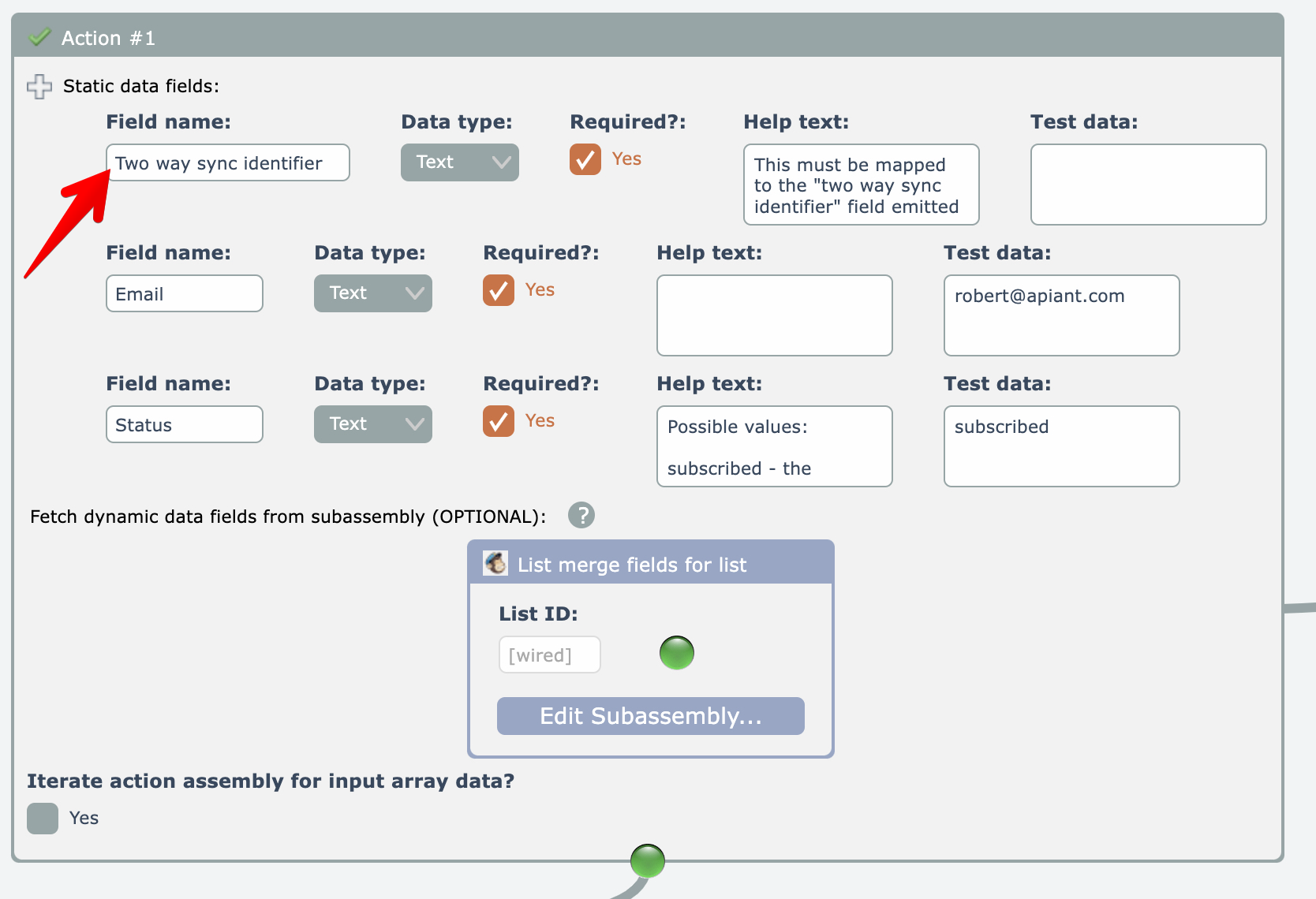 Two-way sync actions must use the Action Two-Way Sync module with nested subassemblies to perform the configured actions: 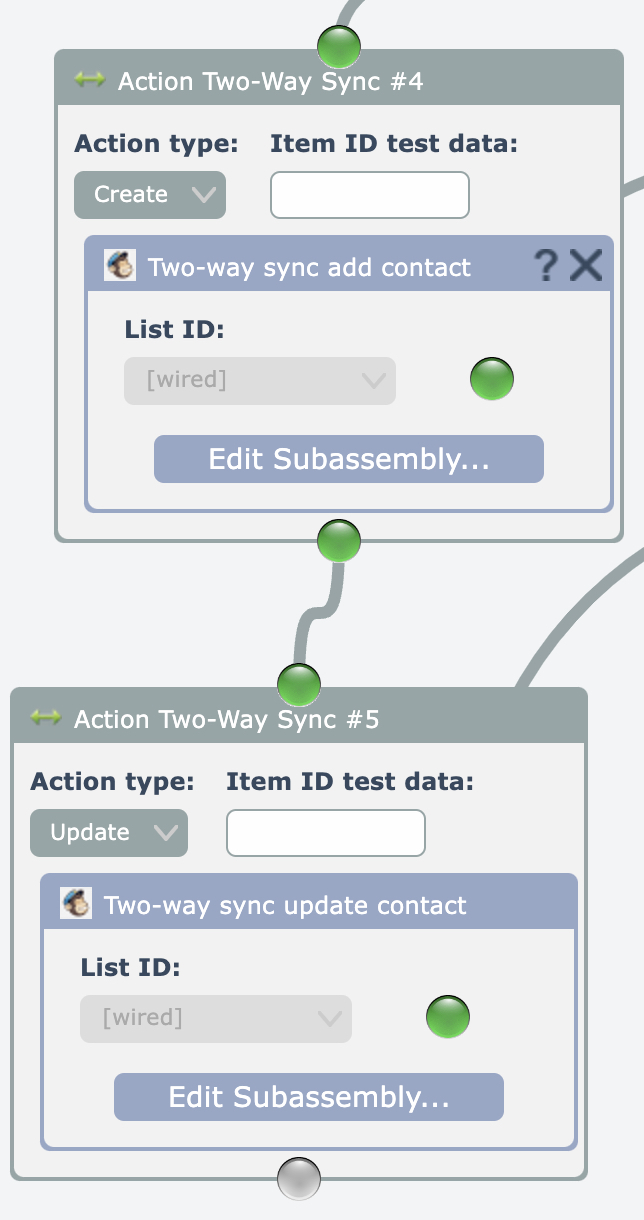 The "Action type" selection determines what action the subassembly should perform.

The Trigger Two-Way Sync and Action Two-Way Sync modules both store item identifiers and timestamps in the system's database that are used to determine which action type needs to be performed.

The Action Two-Way Sync modules must be chained together in this order: Create -> Update -> Delete

Updated 05 Jul 2022
Did this page help you?
Yes
No
UP NEXT
Automatic Error Retries
Docs powered by archbee