The system provides a Keyvault which is encrypted storage in the system's database.

The Keyvault is most commonly used as a place to store API credentials, like API keys and OAuth client ids and secrets.

The system's root admin account is the one whose Keyvault should contain all needed API credentials for publicly used apps.

In order to support API development on a single system where there could be independent developers who do not work for the same organization, each account also has its own Keyvault.

This is not a typical scenario. The most common scenario is that only the root "admin" account's Keyvault is used to store API keys and other sensitive information.

The Keyvault dialog provides functionality to add/edit/remove items and to export/import all items in the Keyvault: 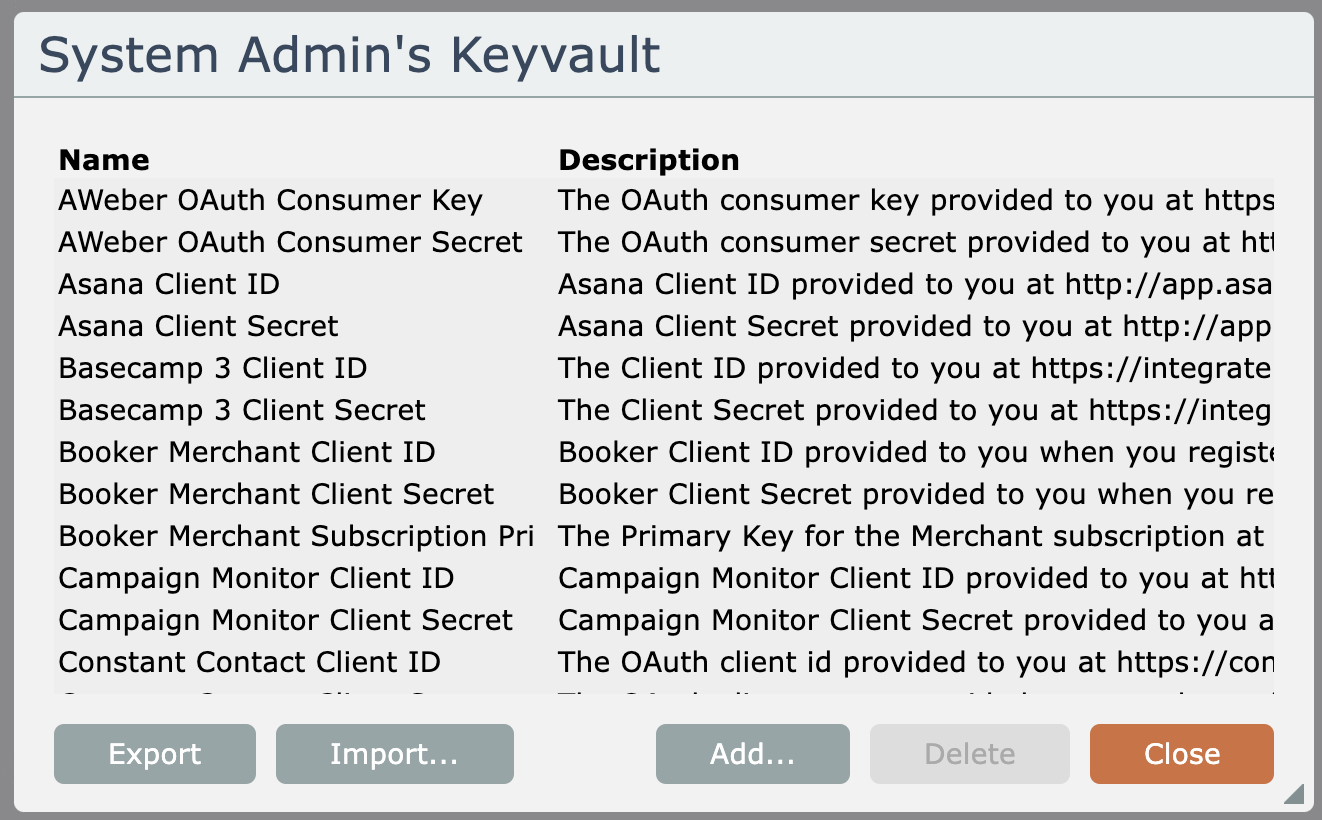 To edit an item, double-click an item in the list: 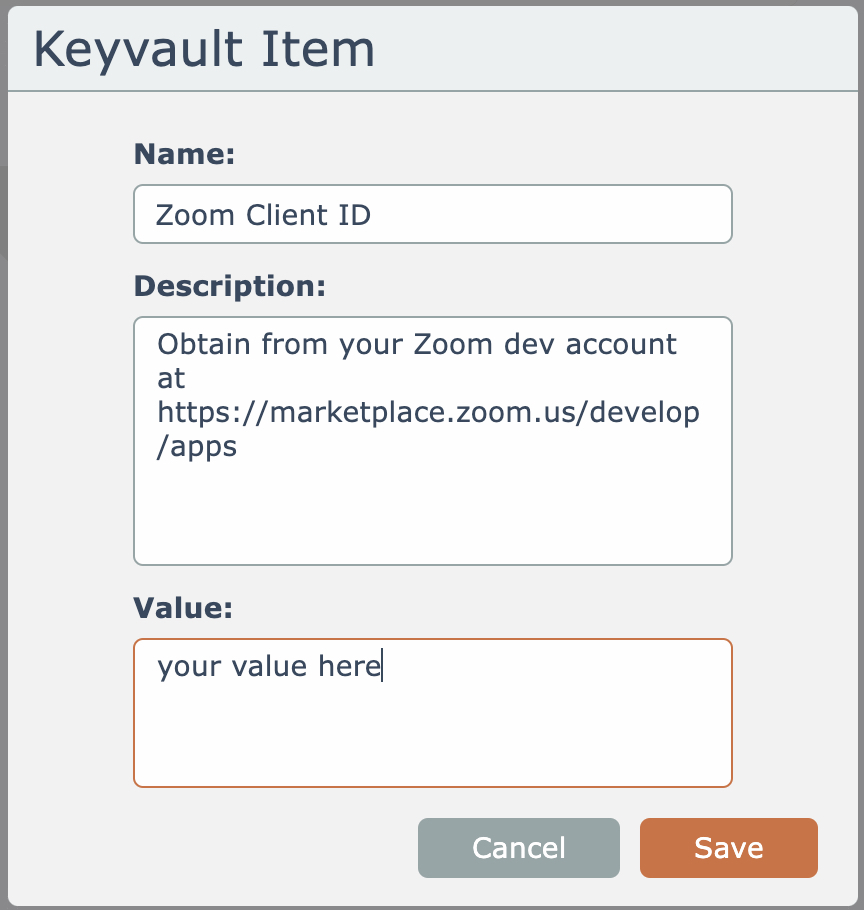 It's a good idea to use the description field to fully document how to obtain the API key or piece of information.

The Utility - Keyvault Value module is used to fetch a saved value from the Keyvault.

The most common use of the Keyvault is to store needed API credentials like OAuth client ids and secrets needed for app connection assemblies: 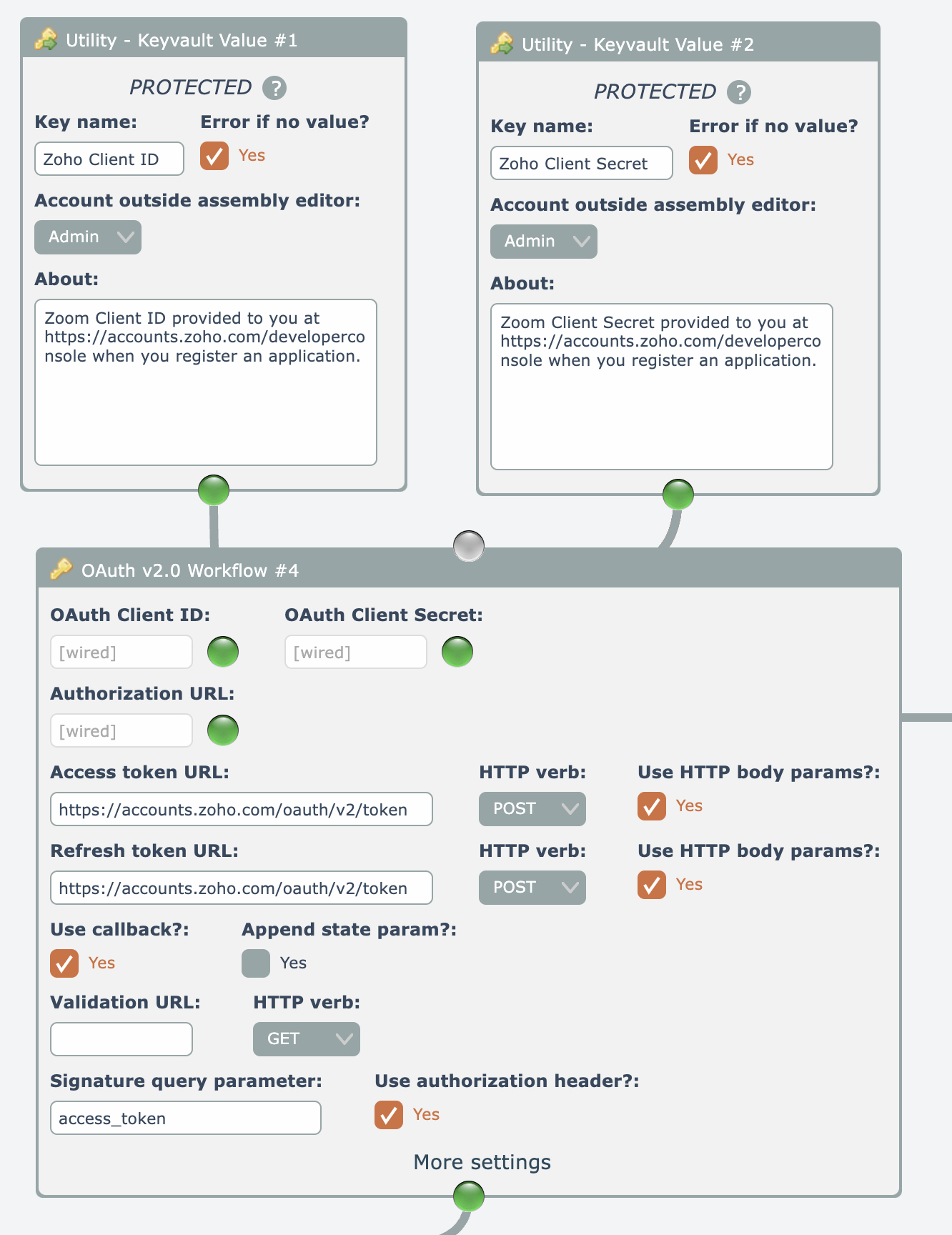 The module has a dropdown pick list to configure which account's Keyvault should be used when the assembly is executed outside of the assembly editor: 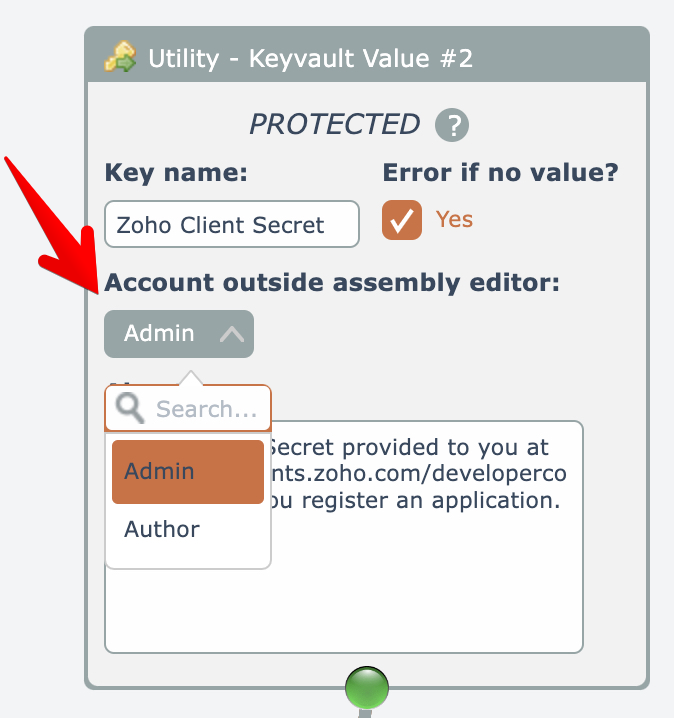 The module enforces certain behaviors depending on this setting and also where the assembly is being executed as a way to protect access to API keys and other values stored in keyvaults, as well as to facilitate development in the assembly editor.

When an assembly containing a Utility - Keyvault Value module is executed in the assembly editor, the following rules apply:

When the assembly is executed outside of the Assembly Editor, the selected account's Keyvault is accessed.

For baseline assemblies the assembly author will be the root admin account, whose Keyvault is accessible in the Admin Console.

Updated 04 Jul 2022
Did this page help you?
Yes
No
UP NEXT
Managing Content
Docs powered by archbee